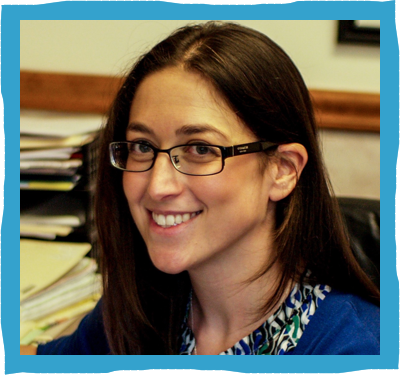 Rachel Boyarsky attended medical school at the Albert Einstein College of Medicine in the Bronx, NY, where she received the Golding Academic Scholarship. After graduating in 2010, she went on to complete her pediatric residency at Yale-New Haven Children’s Hospital in 2013. As a resident, Dr. Boyarsky was the proud recipient of the Martha Brochin Award, an award “given to a pediatric resident who best exemplifies Dr Brochin’s dedication, commitment and spirit…taking outstanding care of patients…with intelligence, humility, unbounded energy, selfless concern for others and always with a smile.” Of note, this award was named after Hamden Pediatrics’ own Dr. Brochin, who established the practice with Dr. Christopher Canny. During her residency, Dr. Boyarsky served as a resident representative to the Yale Graduate Medical Education Committee and was a volunteer camp physician at the Hole in the Wall Gang Camp in Ashford, CT. Dr. Boyarsky joined Hamden Pediatrics in 2013.

She is board-certified in Pediatrics, a Fellow of the American Academy of Pediatrics and a clinical instructor in pediatrics at Yale-New Haven Hospital. She is a recipient of Connecticut Top Doctors and Castle Connolly Top Doctors. She has also volunteered as a preceptor, educating residents at the Yale Pediatric Primary Care Center. She is the former Co-President of the New Haven Community Pediatric Society. She earned her B.A. in Psychology from Brandeis University in 2006 and was inducted into the Phi Beta Kappa Honor society.

She currently lives with her husband and two children in Cheshire, CT. In her free time, Dr. Boyarsky is a lover of Broadway musicals and show tunes.